We Use Graphs Every Day

You use graph databases every day and probably don’t know it. Every time you visit LinkedIn and see first-, second-, or third-degree connections, you’re getting results from the social networking site’s professional network graph built on a graph database. Facebook, Instagram, and Twitter all use graph databases and analytics to understand how users relate to each other and connect them with the right content. Every time you do a Google search, you’re tapping into Google’s Knowledge Graph. Those product recommendations on Amazon–“people who bought this item also bought…” or “these items are often bought together”? That comes from a graph analytics query too.

Relational and NoSQL Databases Aren’t Up to the Task First-generation graph databases were built with native graph storage but were not made to handle large data or query volumes or perform beyond three levels or connections– known as hops – inside the graph. With every hop in a graph, the scope of the search expands dramatically and the insights gleaned become deeper.

Second-generation graph databases were built on top of NoSQL storage, which allowed them to load large amounts of data. However, they still do not scale for queries involving three or more hops. Older graph databases also typically do not support “database sharding”– partitioning of data across a number of servers to increase scalability-which means, a large graph with terabytes of data can’t be distributed. These legacy graph databases are ill-equipped to scale up to today’s real-world requirements, which call for a system that can perform many hops efficiently and in parallel to deliver sub-second  query performance on big data.

TigerGraph is a new kind of graph database, a native parallel graph database purpose-built for loading massive amounts of data (terabytes) in hours and analyzing as many as 10 or more hops deep in to relationships in real-time. TigerGraph supports transaction as well as analytical workloads, is ACID compliant, scales up and out with database sharding. TigerGraph’s proven technology supports applications such as fraud detection, customer360, IoT, AI and machine learning to make sense of ever-changing big data, and is used by customers including Intuit, China Mobile, Wish and Zillow. 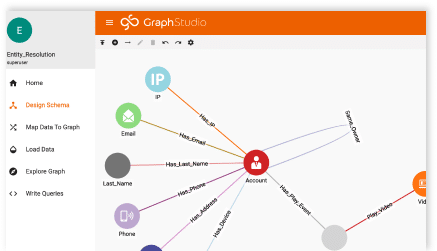